Photos Are Not Universal

As I glanced over today’s news, this article caught my eye:
http://www.news.com.au/entertainment/celebrity/miss-universe-olivia-culp-faces-formal-investigation-over-taj-mahl-fashion-shoot/story-e6frfmqi-1226738032648

The American “Miss Universe”, with Indian heritage, made headlines a few weeks ago when she won the title – she was seen as an ambassador for the positive aspects of cross-cultural initiatives.

Unfortunately, this blunder (taking photos for commercial purposes at the Taj Mahal), has probably put a dampener on that. I won’t speculate about who is to blame in this situation – in fact, I am amazed they were even able to get the photo; my own experience at the Taj Mahal was of extremely tight security – they even threw out some cheap pencils I had in my bag because they thought I was going to sell them!! (They were souvenirs I had brought with my from Australia to give to any friends I made on the trip). 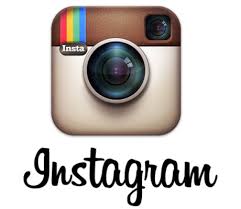 I digress. What the article prompted in my mind was that photos are not universal. With the internet, “selfies” and apps like Instagram skyrocketing in popularity (in the Western world particularly), it is easy to assume that the entire world is ok with everyone taking photos of anything and everything. This is a complete myth. Like so many other aspects of society, photos can be interpreted so differently in each culture.

One example is highlighted in the above article. A lack of understanding about the significance of a monument in India has led to Miss Universe being in quite some hot water. My tip for avoiding this – always ask about the rules for various monuments. Obviously, there is no commercial activity allowed in the Taj Mahal grounds. A prime example in Australia is Uluru – the massive rock in the centre of the country. If you ever take a tour there, there are particular parts of the rock that you are not allowed to photograph, because they are sacred sites to the indigenous groups of the area. In Germany, at the holocaust monument in Berlin, there are very strict rules about no music being played at the site. These are just a few examples I know – but it’s important to check wherever you are travelling to.

Leading on from this, many countries have very strict rules about whether you can take photos of government buildings and embassies – definitely make sure you know what the rules are in that situation!! Most people would also be aware that in museums you often have to turn your flash off – this is not necessarily cultural – it’s more likely to prevent the exhibition items from deteriorating. But also take this into consideration when visiting religious sites – especially if there are patrons praying or participating in services at the time.

Further to these, I have noticed that there are differences in the way people take photographs across cultures. In Australia, it is quite informal – people can smile, laugh, stick their tongue out and a lot of photos are not posed; they are often impromptu.

But in some other cultures I have observed there is a lot of emphasis on posing. Photos are taken quite seriously, so serious faces are required – smiling might not be common and everyone is meant to look their best. This may mean in some situations people do not want their photo taken and it’s important to respect that.

Again, this article is a great example that it is all too easy to assume what we think is normal is normal everywhere we go….but rather than being frustrated about having to do the research, I find the differences and the nuances of cross-cultural interactions absolutely fascinating – and I hope you do too!